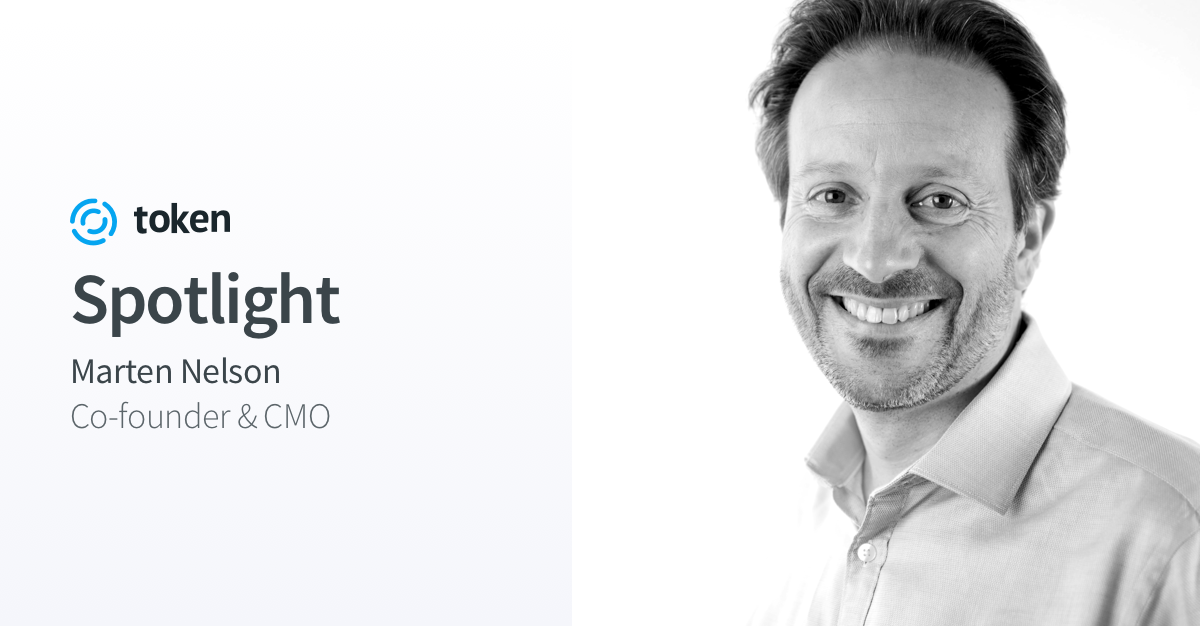 Marten Nelson is Co-founder and CMO here at Token and known for getting things done in startups and Fortune 100 software companies over the past 20 years. His experience spans Product Development, Business Strategy, Business Development and Marketing. Token is the third company that he founded. Abaca, a leading email security company, was sold to Proofpoint, and edtech LearnCentral was sold to Blackboard. Marten is originally from Sweden (keep your ears open for the occasional hint of Swedish Chef) and lives in San Francisco with his family, including a hamster that refuses to depart this world.

What was your last role before you joined Token?
Founder & CEO of LearnCentral

What is your role at Token?
Co-founder and CMO

Why did you join Token?
Because making a payment should be as easy as sending an email.

What do you like most about working for Token?
Working in a team of extremely talented individuals, we all roll up our sleeves to get the job done.

If you could switch jobs with anyone else at Token, whose job would you want? Why?
No one! I'm right where I want to be.

What has surprised you the most about working in our industry?
The pace at which banks move is incredibly slow.

What's your one prediction for the future of technology?
It will all get better.

What would you be doing if you pursued another career?
Cleantech R&D

Dogs or cats?
Neither