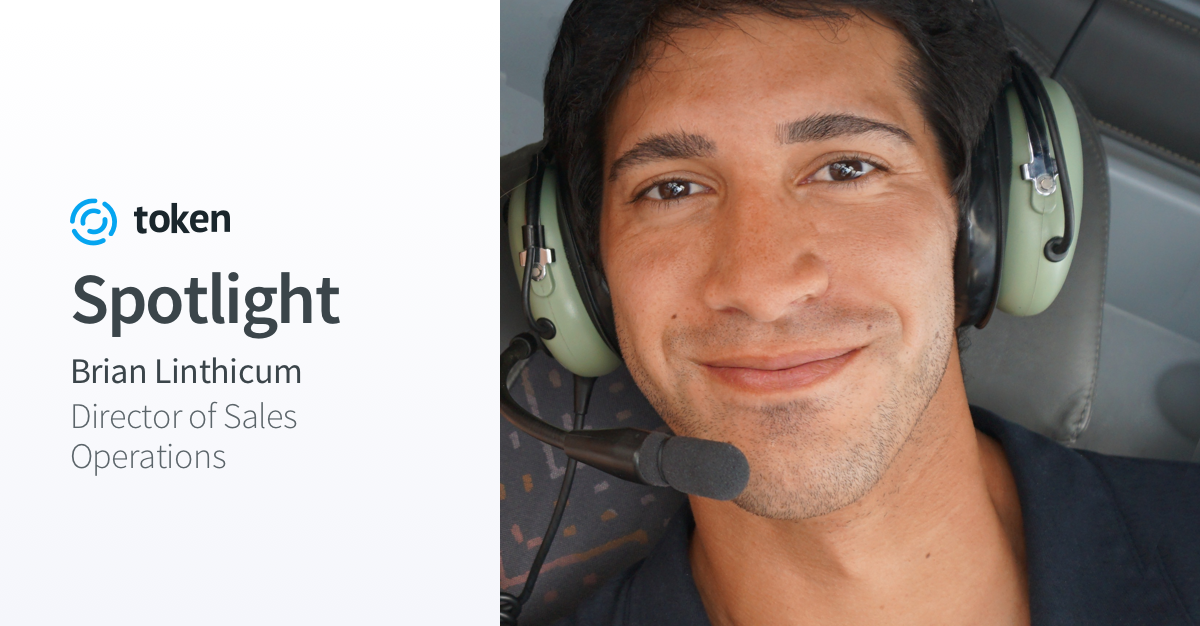 Brian joined Token’s San Francisco office in 2017 as Director of Sales Operations. After finishing his master’s degree at Michigan State, he was a tight end for the New York Jets from 2012 to 2013. Brian then went on to successful business development roles with Raise.com and First Data. He splits his time between the US and the London office.

What was your last role before you joined Token?
Director Business Development at Gyft (acquired by First Data)

What is your role at Token?
Director Business Development

Why did you join Token?
It was an opportunity to be part of organisation that will change payments and join a great team in the US and Europe.

What do you like most about working for Token?
Token has given me the opportunity to work internationally. My role has taken me across Europe, including ill-fated trips to Malta in the Summer heat without a taxi in sight.

If you could switch jobs with anyone else at Token, whose job would you want?
I wouldn’t want to switch with anyone right now. In my role, I get the opportunity to work with every function here at Token in both the US and Europe.

What has surprised you the most about working in our industry?
How broken payments are globally. Coming from the US, where payments are anything but smooth, I’ve been surprised at the amount of change that is needed across the globe to get to something that is better for both the customer and businesses.

What's your one prediction for the future of technology?
UX will continuously improve and fees will decrease.

What would you be doing if you pursued another career?
Master Sommelier