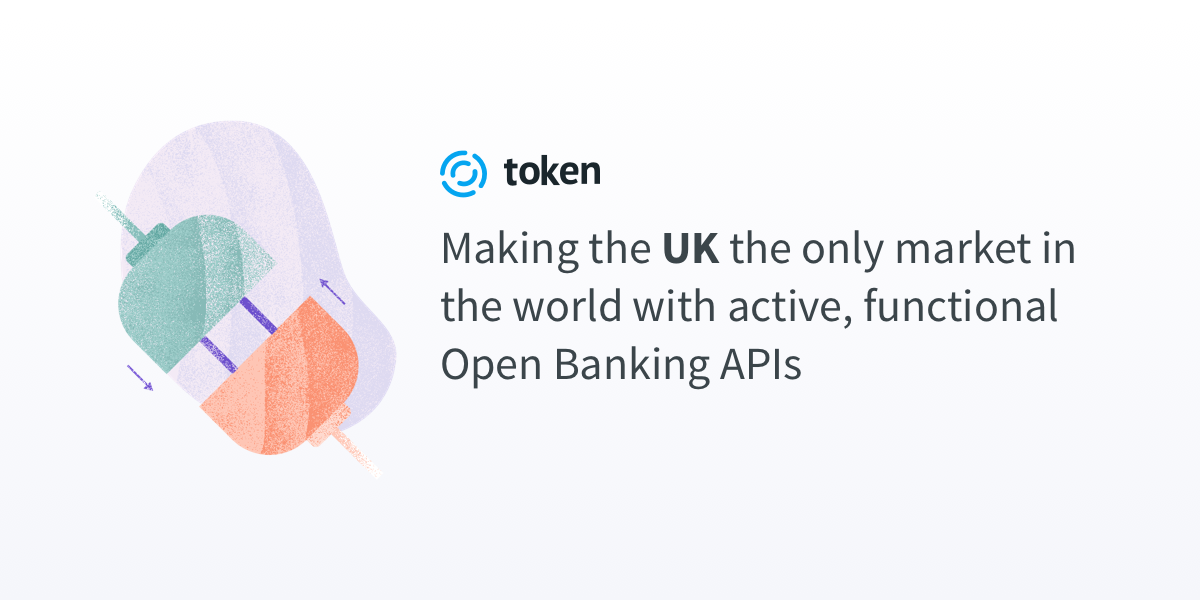 4th September 2018 - Turnkey open banking platform provider, Token.io Limited, today announces it is the first Payment Initiation Service Provider (PISP) to conduct an end-to-end payment with public bank APIs for each of the CMA9, a group of the nine largest banks and building societies in Great Britain and Northern Ireland. Reaching this milestone makes the UK the only region in the world with open and functioning Open Banking APIs.

Marten Nelson, Co-founder of Token, comments: “This is a huge achievement, not just for Token, but for the whole banking ecosystem. Open Banking payments are faster than direct debits, more secure than credit cards and provide a richer user experience for consumers and businesses. The UK is paving the way forward to an API-led economy and we are delighted to have played such a significant part in giving end users simpler, faster banking that they have more control over.”

Catherine McGrath, Managing Director of Retail Banking at Barclays comments: “Open Banking presents an exciting opportunity to evolve the way we currently bank and put our customers in charge of their data, enabling them to do exciting things with a broad range of parties. That is why it is great to be working together with Token and other third party providers to offer consumers better ways to manage their money."

Matt Cox, Head of Open Banking at Nationwide, comments: “Open Banking will revolutionise the way people do their day-to-day banking and manage their finances. Token is at the forefront of this innovation and we’re excited to see what they, and other third party providers, can do with Open Banking.”

Russell Saunders, Managing Director of Global Payments at Lloyds Banking Group, adds: “Innovation in the market that gives consumers greater choice, control and transparency should be embraced, and Open Banking is a significant opportunity for the industry to work together to shape the future of banking. Lloyds Banking Group is working with Token and other third party providers to enable consumers to benefit from Open Banking.”

Token was invited to participate by the Open Banking Implementation Entity (OBIE), which was set up by the Competition and Markets Authority (CMA) in 2016 to deliver Open Banking. Token was able to bring together each bank’s implementation of the Open Banking APIs and reduce complexity for developers by delivering a single, unified platform for customers to connect to. Token’s self-serve testing approach also helped banks to validate that their implementation of the flexible specification appropriately supported PISP functionality including a myriad of authentication methods, optional endpoints and multi-use data fields.

Imran Gulamhuseinwala OBE, Trustee of the OBIE, says: “This is a tremendous achievement to be the first to market with active, open APIs in payments – moving customers ever nearer to reaping the benefits of innovative products and services. The rest of the world is watching and learning from our experiences and I firmly believe in time will see how access to extraordinary new services will drive economic dynamism.”

“The full potential of open banking can only be reached when true customer-centricity is achieved,” adds Nelson. “Account holders can permit a merchant, bank or another service provider to access their account data and initiate payments, all while enjoying a much richer user experience. However, unless a business can offer this facility to all of its customers, the proposition falls flat. That’s why Token enables full interoperability between banks, merchants, and service providers via a single standardised Open Banking platform. All parties can connect immediately, securely and at a lower cost than with any other provider.”

Via its universal open API banking platform, Token enables banks, merchants and other third party providers (TPPs) to connect to any bank in the EU for payments and account information requests, thereby solving the integration pain being felt across the industry caused by multiple, proprietary bank APIs.

Token is a recognised industry leader named in the Financial Times Future of Fintech Awards shortlist 2017 as one of the top ten companies to watch globally. CB Insights named Token in their global annual ‘The Fintech 250’ ranking and in 2016 Token was the winner of PlugAndPlay’s 2016 Fintech EXPO, which was contested by more than 1000 applicants from around the world.