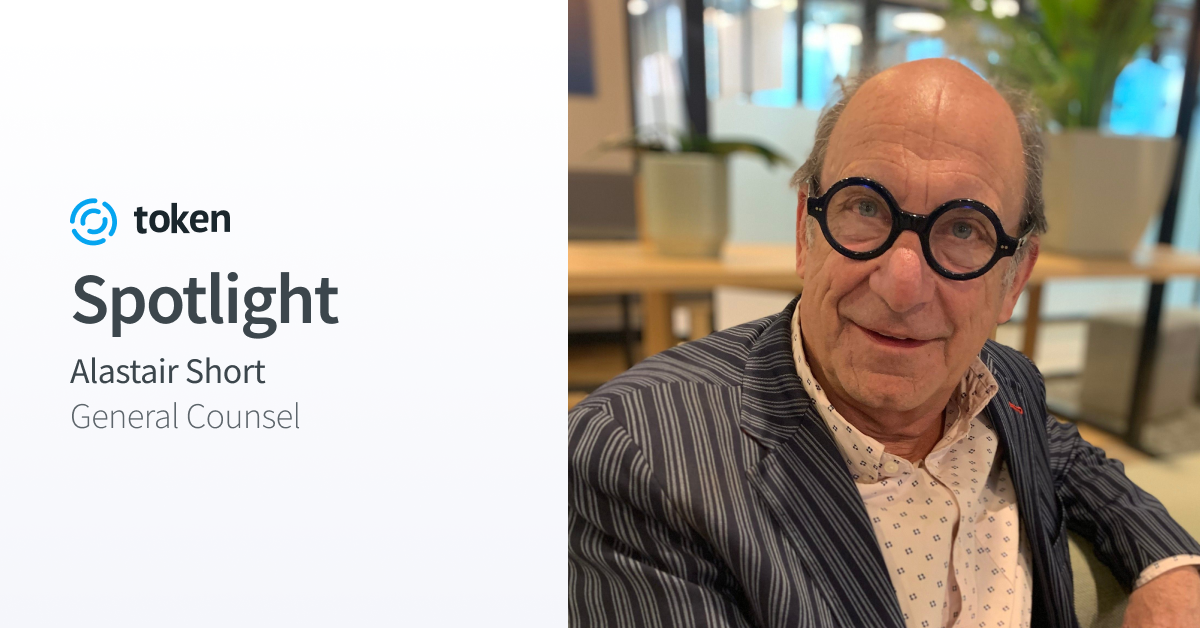 Alastair joined Token as our General Counsel in September of 2017. He has lived and worked in California for most of his professional life, and now spends time in London and the US where his two daughters still live. In Alastair's spare time he loves to cook, eat and fish - and if offered a decent glass of red wine, he would rarely say no!

What was your last role before you joined Token?
Independent Legal Consultant.

What is your role at Token?
General Counsel.

Why did you join Token?
To be part of a team that will make a difference.

What do you like most about working at Token?
The team and the energy.

If you could switch jobs with anyone else at Token, whose job would you want? Why?
I would not wish to switch to any other role.

What has surprised you the most about working in our industry?
The slow pace of some of the players.

What's your one prediction for the future of technology?
The pace of change won't stop.

What would you be doing if you pursued another career?
Commodity Trader.