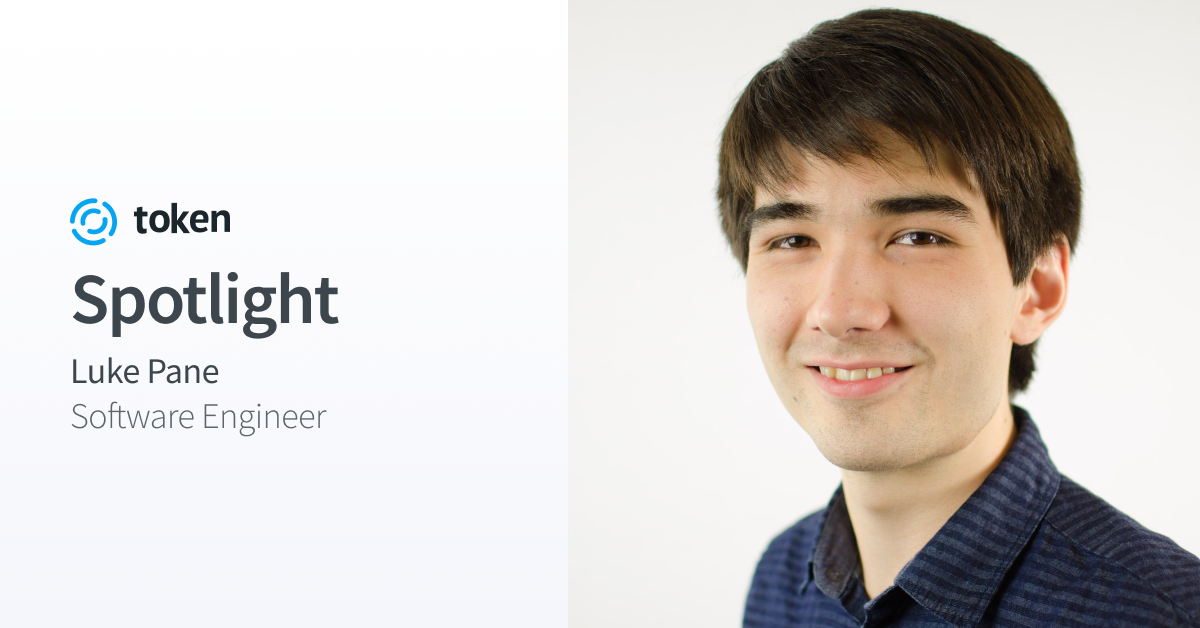 Luke lives in San Francisco, and joined Token as a Software Engineer in 2017 after graduating from Brown University with degrees in Mathematics and Computer Science. Outside of work, he likes to play the violin, especially in chamber music groups. He also plays chess and participates in tournaments conveniently held at a club one block from Token’s office.

What was your last role before you joined Token?
Math/Computer Science student at Brown University

What is your role at Token?
Software Engineer

Why did you join Token?
I wanted to work at a small company where I'd feel my contribution was significant, especially one with goals as ambitious as those at Token. I also liked how tough the interview process was - I got the sense that we were committed to a high standard and that the work would be challenging. I'm always suspicious if I get an offer without answering any difficult technical questions.

What do you like most about working at Token?
Collaborating with the other Engineers. They're smart and have good ideas and they're easy to work with.

If you could switch jobs with anyone else at Token, whose job would you want? Why?
Permanently? I'm happy where I am - that's why I applied to the role! For a day? Probably accounting because it would be cool to peer into the belly of the beast and see all the flows of money in and out of the company.

What has surprised you the most about working in our industry?
How quick the development cycle is compared to larger companies.

What's your one prediction for the future of technology?
As AI outpaces humans in more and more sectors, work will become a thing of the past.

What would you be doing if you pursued another career?
Playing violin, preferably in a string quartet or other chamber group.