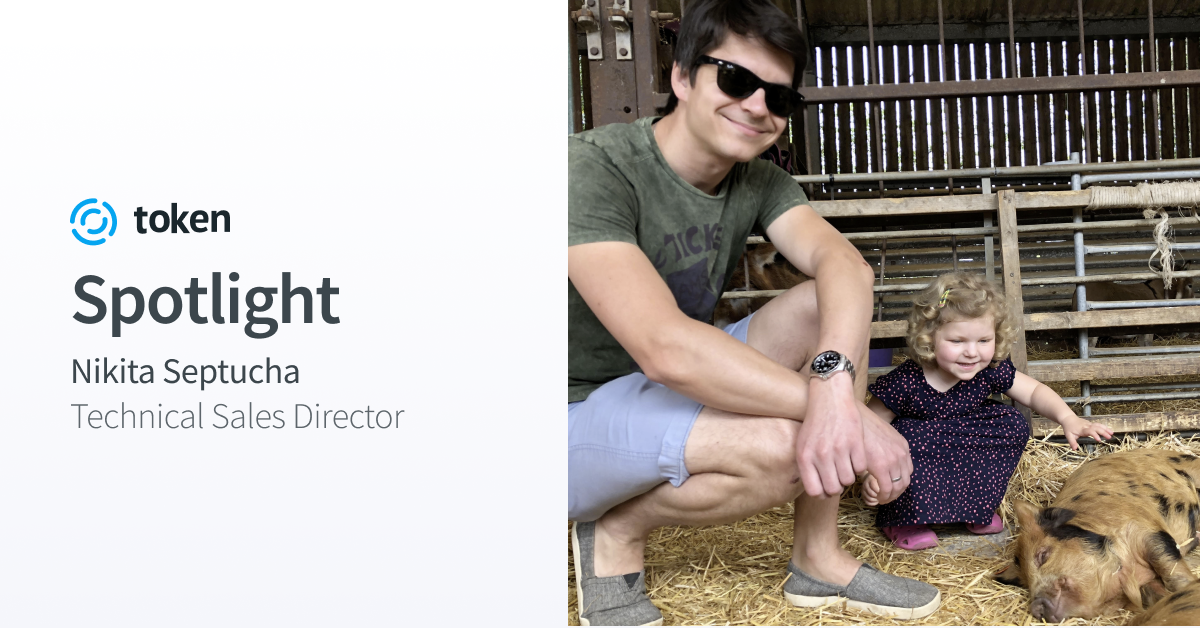 Nikita joined Token's London team in January 2019 to support sales in articulating Token's technical proposition, and acting as a technical liaison throughout sales and implementation lifecycles. Prior to joining the team, his most recent positions included heading up implementation functions at Klarna and Barclaycard. He lives with his family in Hampshire, and spends most of his spare time conquering kids' playgrounds, farms and nearby woods with his daughter. He also enjoys mountain biking, motorsports and occasional travel.

What was your last role before you joined Token?
Head of Implementations (UK&NL) at Klarna

What is your role at Token?
Technical Sales Director

Why did you join Token?
Token's unique approach to solving the open banking challenge by offering a 2-sided proposition/ecosystem.

The people. It’s not often you find a startup with a small yet such experienced group of people. As an additional bonus, it proved to be a great fun working with all of them.

What do you like most about working at Token?
Never live the same day twice. Far, far away from it :)

If you could switch jobs with anyone else at Token, whose job would you want? Why?
Marten Nelson or Jason Gorner. Defining product proposition and strategy with the mostly clean canvas of open banking in front of you is a very interesting and exciting challenge.

What has surprised you the most about working in our industry?
Despite some visible progress, open banking is still in its infancy.

What's your one prediction for the future of technology?
Open banking will leave a significant dent on card-based transaction volumes one day.

What would you be doing if you pursued another career?
Racing car driver.

Coke or Pepsi
Neither - water!