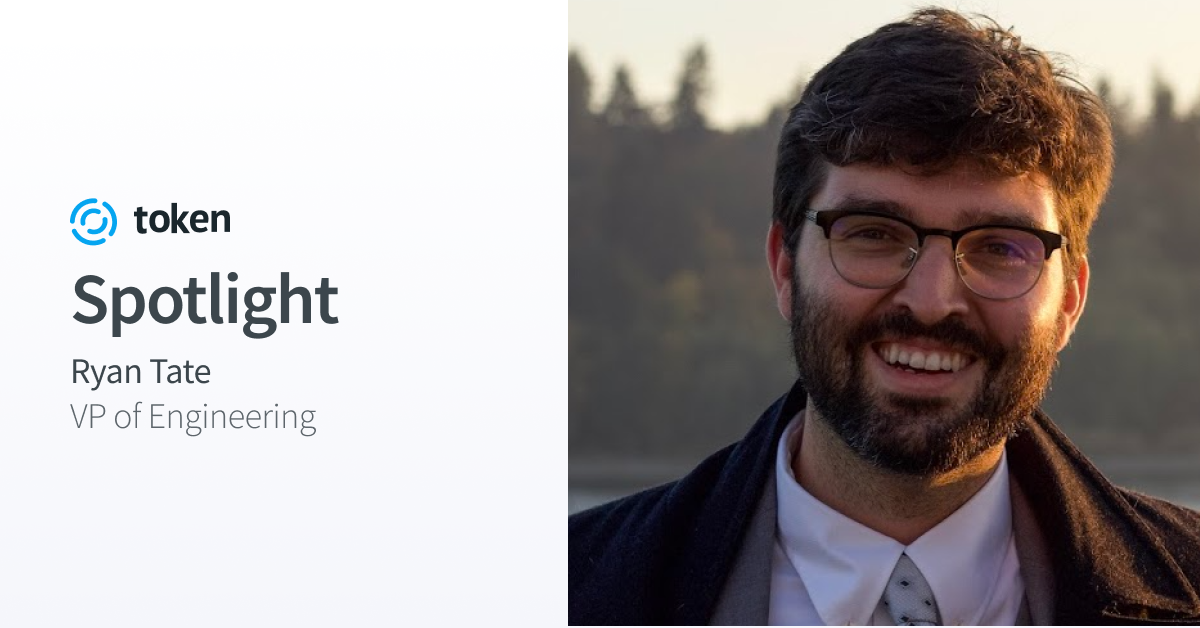 Ryan joined us at the beginning of 2019 as V.P. of Engineering for Token X. He has been a cryptocurrency enthusiast and technologist since 2013, initially building Bitcoin and Ethereum applications as a software engineering consultant for ConsenSys Enterprise and Enterprise Ethereum Alliance, working with Fortune 10 companies to evaluate use cases and demonstrate product viabilities. Ryan lives in the Seattle area. Outside of work, he is an avid outdoorsman and volunteers as a Ski Patrol for Mt. Tahoma Trails Association.

What was your last role before you joined Token?
Managing Partner at Emergent Financial

What is your role at Token?
VP of Engineering for Token X

Why did you join Token?
Money is undergoing a similar transition from metal to the paper note as it did in the 18th century in Europe. The result led to the rise of central banks and institutionalized monetary policies, which in turn gave rise to several new policy instruments for managing currency supplies and distribution (e.g. fractional reserve banking, commercial interbank lending).

Often, these policies are guided by the goals of high employment, price stability, and economic growth. However, the forces of the market are difficult to control, and the policy instruments (e.g. quantitative easing) that have been used to manage inflation and economic stability have now pushed the market to the extremes of negative interest rates in Europe.

Moreover, in the financial marketplace today, there exists several new forms of assets and derivatives that add systemic risks that central banks have difficulty managing. If unregulated, these tendencies lead to liquidity traps as the market perceives increased volatility affecting economic conditions, and the misallocations of wealth perpetuated in high return, low productive assets.

Central banks need a new form of managing money supplies, one in which extreme policies (e.g. Milton Friedman's "Helicopter Money") can be cost effective to implement as a means to stimulate growth in targeted areas.

The future of money is now becoming mathematical proofs based on cryptographic signatures and Token is one of very few companies engaging with central banks on implementing cryptographic tokens pegged to fiat assets, and perhaps one day, money itself.

Working with a team who are actively thinking about these problems and helping write the software that enables these innovations has been truly rewarding.

What do you like most about working at Token?
Token is about people first. Everything we do, we think about the impact it will have on not only us as a company, but the people we are building our products for. This attention to people shows the mental maturity about the company as a whole, the respect we give for our work, and the products that we are building.

If you could switch jobs with anyone else at Token, whose job would you want? Why?
I don't think I would switch with anyone. I enjoy working with engineering teams, problem solving and writing software.

What has surprised you the most about working in our industry?
The fast rate of adoption of cryptocurrencies. Early notions of cryptographic money go back earlier than 1983, with a first implementation in 1995. Which you would think is a fairly long time to where we are in 2019. However, today we have a proliferation (for better or for worse) of cryptocurrencies with central banks exploring use cases. Compare that to the first paper note issued in the U.S. by the Massachusetts Bay Colony in 1690, where nearly a 100 years later Adam Smith was still writing about how paper money was considered insane by many, despite its benefits to trade. It took nearly 200 years later for the U.S. government to build a financial system around paper money in the National Bank Act of 1863. The fast rate of adoption for cryptocurrencies amazes me, and a lot of this can be explained by Metcalfe’s Law and network effects. Reading The Wealth of Nations (A. Smith, 1776 ) and The Wealth of Networks (Y. Benkler, 2006) gives context.

What's your one prediction for the future of technology?
After money, legal agreements (e.g. smart contracts) will be the next social agreement to undergo technological shifts.

What would you be doing if you pursued another career?
Investment Management